The Wycombe Wanderers FC info page from Football Fan Base

The Football Fan Base brings you the Wycombe Wanderers Football Club results service together with a fixture list above. However, should you wish to see the current league position for Wycombe Wanderers, click here.

Currently, Wycombe Wanderers plays football in the English Championship League. The staff here at the Fanbase wish that the club and supporters have much success in the future, of course.

To begin with, Wycombe Wanderers Football Club is based in the English county of Buckinghamshire. The team plays its home games in strips with two shades of blue. The club’s home ground has the name of Adams Park Stadium.

With a ground capacity of 9,617, the Wycombe supporters can also create a special atmosphere when in full flow. Moreover, the club has a traditional feel to it. The club won the Family Club of the Year award for two successive seasons, 2007 and 2008. Also gaining the Football League Family Excellence Award three times.

Wycombe Wanderers won the Football Conference in 1993 when they won promotion to the Football League. They have also won the Isthmian League 8 times between 1956 and 1987. In 1920 and 1921 they also won the Spartan League.

Minor trophies also won by Wycombe Wanderers are the FA Trophy in 1991 and 1993. Also, added to the list of honours, are the Football Conference Shield which they won 3 times.

The club has two nicknames which are:

The rival clubs of Wycombe Wanderers include the following football teams:

Your football team is better than the rest, isn’t it? Then let the Wycombe Wanderers promotion party begin here at the Football Fan Base. Not only can you brag about your favourite football team but you can also enjoy the footy banter here.

In our large Soccer Blog, you can reply to the football posts or even create your very own. If you want us to add further information to this Wycombe Wanderers Info Page, let us know. Once we verify the information that you send us, then we will adjust things accordingly.

Our Football Forums are the biggest on the internet and you can enjoy the banter with other like-minded supporters. So, what are you waiting for? Start promoting Wycombe Wanderers today at the Football Fanbase! If you don’t, other supporters will and make their teams look bigger than yours.

Of course, Wycombe Wanderers is the best football team in the world, isn’t it? 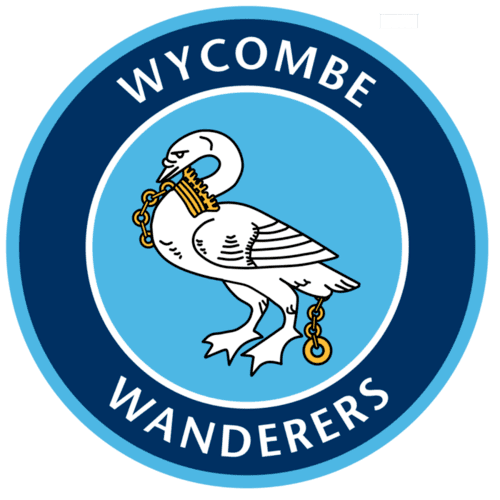