The Wigan Athletic FC information page from Football Fan Base

The Football Fan Base brings you the Wigan Athletic Football Club results together with a fixture list above. However, should you wish to see the current league position for Wigan Athletic, click here.

Wigan Athletic currently play their football games in English League One. Indeed, the Football Fanbase wish them luck for the season ahead.

To begin with, Wigan Athletic are a football club from the Greater Manchester area. Although the club came into existence in 1932, the club still has a rich history.

Of course, Wigan Athletic play in a blue and white strip at the DW Stadium. The club completed its move from Springfield Park to the modern stadium we know today in 1999. Their new stadium has a capacity of 25,138.

The Wigan supporters are a hardy lot having experience with the highs and lows of football. However, the atmosphere they create can be intimidating at times but they are a loyal bunch of fans.

Wigan Athletic have a trophy cabinet to be proud of:

Winning the FA Cup was some achievement for a relatively new kid on the block!

In short, Wigan’s nicknames are:

The club’s main rivals a

Wigan getting a promotion, now that would be nice, wouldn’t it? Well, if you support Wigan, why not promote it yourself here at the Football Fan Base! You can write an article about the club or respond to the posts on the Football Blogs.

If you want us to add further information to this Wigan Athletic info page, drop us a line. Once we verify things, we will add the info immediately.

The forum at the Football Fan Base is massive and you can also promote Wigan Athletic in there. So, go ahead and use the Fanbase here to promote your favourite football club. If you don’t, other teams will get undue promotion and you do know Wigan is the best team on earth, don’t you?

Our Football Forum is the biggest on the internet, so go ahead and post regularly. The ranking system rewards you if you do, and, you can promote Wigan there, of course!

Due to the expansion of the Football Fan Base, we now include the Wigan Fans Forum in our message boards. So, go ahead and propel Wigan back into the big time again.

With such a history, it’s hard to imagine that Wigan Athletic came into the Football League system in 1978! With your help, you can keep the kettle boiling until the club becomes a force to be reckoned with again. 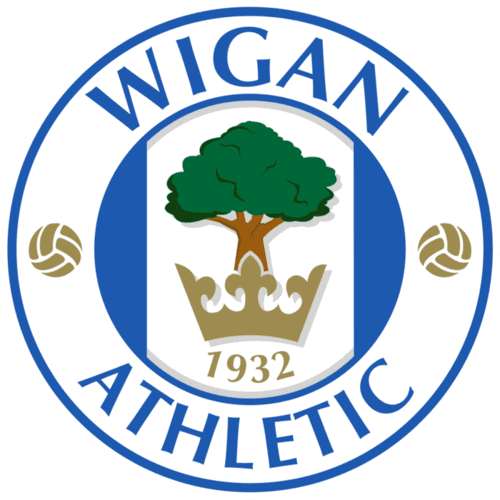