The Tranmere Rovers FC information page from Football Fan Base

The Football Fan Base brings you the Tranmere Rovers Football Club results service together with a fixture list above. However, should you wish to see the current league position for Tranmere Rovers, click here.

Currently, Tranmere Rovers play football in English League Two. The staff here at the Fanbase hope that the club and supporters taste much success.

Tranmere Rovers FC came into existence in 1884 but had the name, Belmont Football Club in those days. They still play their home games at Prenton Park which they have done since 1912.

Indeed, the stadium has an impressive capacity of over 16,000. The old stadium also has four named stands: the Main Stand, the Kop, the Cowshed and the Johnny King Stand.

Despite the club being on Merseyside, they have rarely played Liverpool or Everton. However, the club has a fairly large ban base considering its location.

Tranmere Rovers see Bolton Wanderers as their main rivals followed by Chester City. But Tranmere fans do see Everton as a rival club as well as Liverpool! However, because of the massive gap that exists there, non-league clubs do appear to be more realistic rivals.

Tranmere Rovers play their home games in a white strip, however, the team usually incorporates blue in some capacity. Of course, this gives Tranmere two nicknames:

But many just use plain old Rovers!

Although Tranmere Rovers have not won any major trophies, they have been competitive at times. Moreover, the club has marched up and down the leagues over the years. But, they never made it to the top flight of English football.

The Football Fan Base is a network that allows supporters to socially interact with a degree of banter. Our platforms are an ideal place to promote your favourite team.

Tranmere Rovers is indeed an old football club that has very impressive roots. Their supporters are some of the best, even though they have two massive football clubs on their doorsteps. So, if you support Tranmere, why not promote them here in the Soccer Blogs.

Apart from our Football Blog here at the Fanbase, we also have message boards. Indeed, we also include the Tranmere Rovers Fans Forum within them.

So now there are no excuses, you can promote Tranmere Rovers on our network and brag about your team. Our Football Forum is the biggest on the internet and we continue to grow, therefore, we invite you to join.

Finally, if you would like us to add further information to this Tranmere Rovers Info Page, let us know. Once we verify your information, we will update this post. 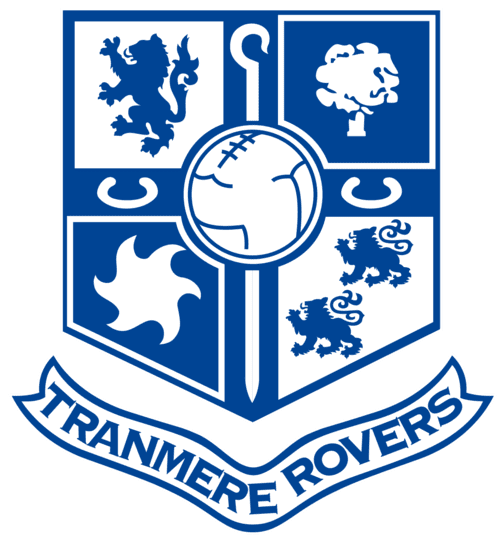