The St Mirren FC information page from Football Fan Base

On this page, we show the results and fixtures for St Mirren. We also show the up and coming games. However, if you want to see the league position for the Club, click here.

Currently, St Mirren plays football in the Scottish Premiership. The Fanbase staff here are wishing the team and supporters all the luck in the world, of course.

To begin with, St Mirren football club is in Paisley, Renfrewshire. They play their home games in St Mirren Park which has a decent capacity of 8,000.

St Mirren has played here since 2009 having moved from Love Street where they played for over 100 years. This famous old football club came into existence in 1877.

Having been around the block a few times, St Mirren has won many accolades. They have won the lower league table on multiple occasions but haven’t won the top leagues yet.

They have also won the Scottish League Cup in 2013 and the Scottish Challenge cup in 2005. Moreover, St Mirren has won the Victory Cup in 1919 and the Anglo-Scottish Cup in 1980. Furthermore, the club has won a host of minor honours too, notably the Renfrewshire Cup 55 times (to 2017).

As you can see the trophy cabinet is pretty impressive!

There is a fierce rivalry between St Mirren and Greenock Morton. Indeed, there is a lot of animosity between the two sets of supporters!

You can brag and boast about your favourite team here at the Football Fan Base. This is why our Fanbase network exists, of course. There are lots of ways that you can promote St Mirren here on the Soccer Blogs. You can make comments on the posts or create your own.

If you want us to add further information to the St Mirren Info Page, drop us a line. Once we verify the information we will update this page immediately.

Football banter can be healthy but not when things go over the top. With this in mind, try not to get too heated with the Greenock Morton supporters! After all, St Mirren is the best team in the world, isn’t it?

The Football Fan Base has a massive collection on message boards. We now incorporate the St Mirren Fans Forum within the platform as well.

So, now there is no excuse, do your bit and publicise your football club today. We have the biggest Football Forum on the internet and Soccer Blogs especially for you. The world is waiting to hear what you have to say about your favourite football team. 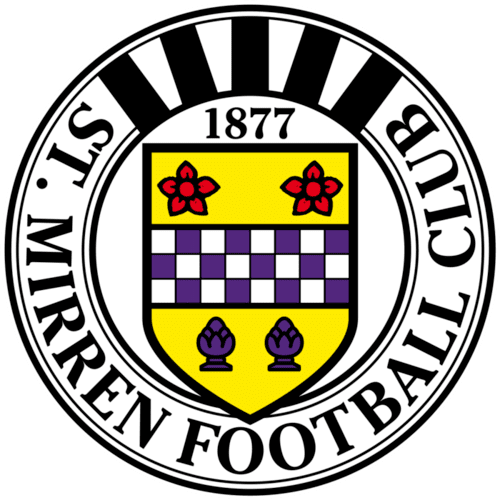