The Plymouth Argyle FC information page from Football Fan Base

The Football Fan Base brings you the Plymouth Argyle Football Club results service together with a fixture list above. However, should you wish to see the current league position for Plymouth Argyle, click here.

Plymouth Argyle currently plays football in English League One. Staff at the Fanbase hope that the club and supporters taste further success soon.

To begin with, Plymouth Argyle is a good old, famous football team. Indeed, they date back to 1886. Home Park is where Plymouth play their home games.

The stadium suffered extensive damage during the Second World War after an air-raid. However, soon after the war, rebuilding work began and there have been extensions since. Home Park has a capacity of 17,800 now.

Because Plymouth has many loyal supporters, the atmosphere can be terrific at times. The ground largely has a “homely” feel to the place.

Although Plymouth has won the lower league, they have very few major honours. Be that as it may, the Plymouth fans are some of the best in the land and continue their support.

Plymouth’s nickname is “The Pilgrims” after those that went to the new world 1600s, of course. It’s great to see that many of the UK’s football teams honour the history of the land.

Plymouth has a few rivals in the south-west of England,

Wouldn’t you like to see the promotion of Plymouth Argyle FC? Well, now you can promote your favourite footy team here at the Football Fan Base yourself. Indeed, this is why the Fanbase exists!

You can reply to posts on the comprehensive news blogs or create your own Plymouth Argyle news articles. Also, if you want us to add to this Plymouth Argyle Information page, get in touch with us. Once we verify your facts and figures, then we will adjust as necessary.

Finally, promoting your football team above others is easy at the Football Fan Base. This is because we have the biggest Football Forum around which is fully interactive!

Of course, you can create your very own Plymouth Argyle Fans Forum if you like! So, now you know how to promote Plymouth Argyle at the Football Fan Base, go ahead and do so! 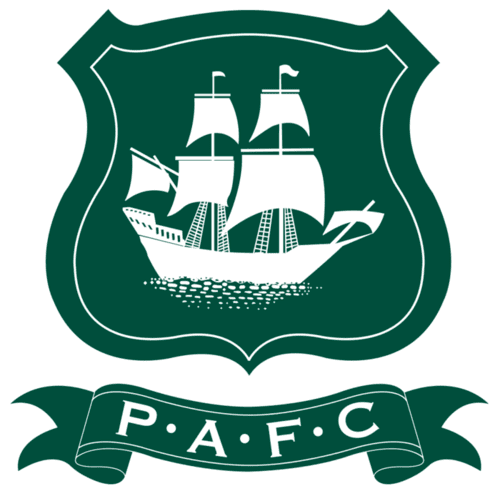