The Peterborough United FC information page from Football Fan Base

Peterborough United currently plays football in English League One. Staff at the Fanbase hope that the club and supporters enjoy much success in the future.

To begin with, Peterborough United came into existence in 1934. So, this is a very young club in comparison to other professional football clubs.

Indeed, they didn’t enter the Football League until 1960 after replacing Gateshead. Be that as it may, their supporters are just as loyal as any other. They can also create a great atmosphere and they are a “family-friendly” football club.

Peterborough United play their home games at the London Road Stadium which has a capacity of 15,314.

Peterborough’s nickname is The Posh, however, this is not a reflection of the town. It was due to Pat Tirrell, the manager of Fletton United. In short, Fletton United added Peterborough to their name but the club went bust. However, at the time he did say he was “looking for posh players for a posh new team”.

Although the club has very few honours, Peterborough has won the Football League Trophy in 2014. But they also won a lower league title:

Yes, you can promote Peterborough Utd on the Football Fan Base. After all, that’s what we are here for! We have Football Blogs in which to share all your facts and figures with the rest of the world.

Make sure that you give as much information as possible about your football team. That way, you are truly promoting Peterborough. Also, if you wish to correct or add any information to this info page, let us know.

Apart from the Football Blogs here at the Fanbase, we also have a forum. The Football Fan Base Forum is the biggest ever and we continue to expand. So, you can enjoy the football banter there with other footy fans.

Within our message boards is the Peterborough Fans Forum for even more convenience. Now there is no excuse, you can truly propel your team into the spotlight. If you don’t rival supporters will, but your football team is the best in the world, isn’t it? 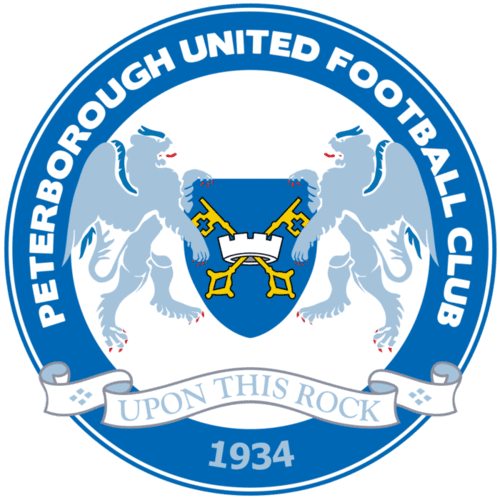