The Oldham Athletic AFC info page from Football Fan Base

The Football Fan Base brings you the Oldham Athletic Football Club results together with a fixture list above. However, should you wish to see the current league position for Oldham Athletic, click here.

To begin with, Oldham Athletic is a football team from the Greater Manchester area. Indeed, they came into existence in 1895. However, Pine Villa FC was the original name.

In effect, Oldham FC became defunct in 1899. Then, Pine Villa FC moved into their stadium and thus the name became Oldham Athletic.

The stadium has the name Boundary Park which has a capacity of 13,512. Moreover, the team’s loyal supporters can create a proper football atmosphere when they are in the mood

Oldham Athletic play their home games in a blue and white strip.

Oldham Athletic‘s nickname is The Latics.

Of course, major honours are largely missing from the club’s history. However, the club has won the lower leagues and have won the Lancashire Senior Cup. But, Oldham Athletic have come runners-up on many occasions in some competitions.

Indeed, the club’s geographical position means that within a 20-mile radius, they have around 11 other teams close by. So, Oldham has many rivals, so here are the ones that the supporters love to beat most:

The Football Fan Base is here for all footy fans everywhere, of course. However, if you don’t promote Oldham Athletic, who will? The more publicity your football team gets, the better it is, right?

To see more Oldham Athletic promotion, all you need to do is spread the word here on the Football Fan Base. We have the perfect platform in which to brag and boast about your favourite team.

You can reply to and create your very own football news articles, of course. You can also ask us to update this Oldham Athletic Info Page. Once we verify your information then we can adjust accordingly. So, what are you waiting for?

Biggest Football Forum On The Web!

Besides our comprehensive Football Fanbase blog and current information, we also have the biggest Football Forum. Therefore, you have the best of both worlds all for free and that’s not bad when all you want to do is brag about Oldham Athletic.

The Fanbase just got bigger and better. Indeed, we have made sure that the Oldham Athletic Fans Forum is located within our message boards. Our improvements mean that football banter just got better too. So, join in today! 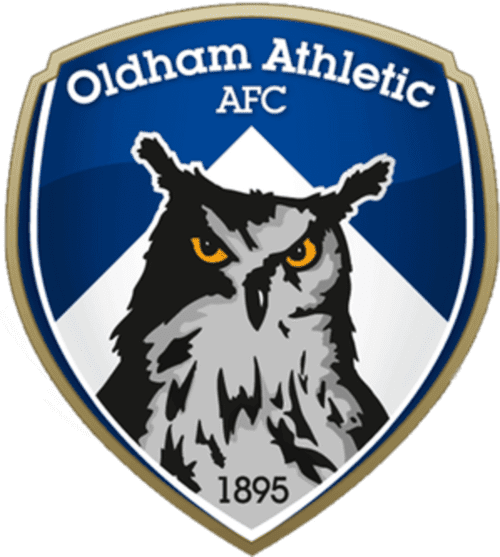