The Morecambe FC information page from Football Fan Base

The Football Fan Base brings you the Morecambe Football Club results together with a fixture list above. However, should you wish to see the current league position for Morecambe, click here.

Currently, Morecambe FC plays football in English League Two. Of course, the staff here at the Fanbase wish the club and supporters much success in the future.

To begin with, Morecambe Football Club is based in the Lancashire area of England. Indeed, the club’s creation date is 1920. However, it wasn’t until 2007 that Morecambe came into the EFL (English Football Leagues).

Until 2010, Morecambe played their home games at their Christie Park stadium. But, the club moved to the Globe Arena which has a capacity of around 6,500. Morecambe do have a decent atmosphere once the crowd are in full flow and the team are playing well.

Morecambe have no major honours to speak of but have won many minor trophies. For example, they have won the FA Trophy in 1974 and the Conference League Cup in 1978. They have also won the Northern Premier League President’s Cup in 1992. With many cups with a Lancashire title, the trophy cabinet is hardly bare.

Morecambe FC has got three nicknames:

** Morecambe supporters love to win Bradford City of all teams!

Although Morecambe is hardly making waves in the English Football Leagues, you can promote them here. After all, this is why the Football Fan Base exists. You can tell the world all about your favourite team in the Soccer Blogs, of course. You can even send us some information about Morecambe FC so that we can add it to this info page.

With the Football Fan Base having the biggest Soccer Forum on the internet, why not enjoy the banter with other supporters. We even include the Morecambe Fans Forum in there too so there are no excuses. Go ahead and promote your team today!

Our Football Forum is the best place in which to have a little footy banter with other supporters. No matter where you are in the world, the Football FanBase allows you to have you on the state of play. 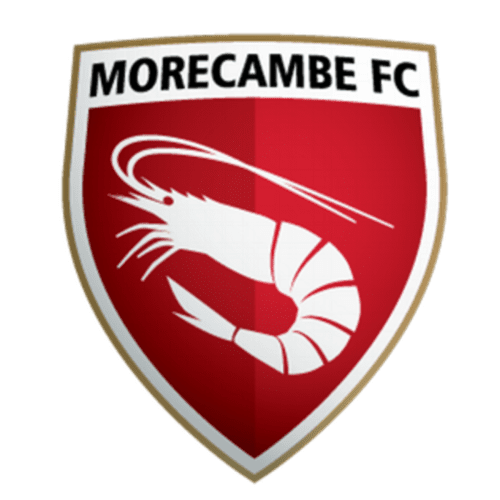