The Mansfield Town FC information page from Football Fan Base

The Football Fan Base brings you the Mansfield Town Football Club results service together with a fixture list above. However, should you wish to see the current league position for Mansfield Town, click here.

Currently, Mansfield Town plays football in English League Two. Of course, the staff here at the Fanbase wish the team and supporters much success in the future.

To begin with, Mansfield Town FC came about in 1897 so are not quite as old as other established clubs.

Mansfield Town is a football team from the county of Nottinghamshire, England. They still play their home games at the Field Mill which has a capacity of over 9,100. They have been at the same stadium since 1919.

Mansfield supporters create a good atmosphere in general and are a friendly club to visit. Their traditional feel is quite striking and the ground is well worth a visit.

The team plays its home games in a royal blue and amber strip.

As well as winning the English Conference League, Mansfield has also won the lower two tiers in the EFL. However, major honours are few and far between. However, Mansfield Town has won the Football League Trophy in 1987.

The club has won many minor honours for the trophy cabinet, of course.

Mansfield Town have a few rival teams that the supporters love to play and win:

The nickname for Mansfield is The Stags but they also use the informal name of The Yellows.

The Football Fan Base is here for all supporters around the world to have their say on the state of play! However, wouldn’t you like to promote Mansfield Town FC here on our extensive platforms? Of course, you would!

Generally speaking, you can comment and create posts about your favourite football team. However, you can be as creative as you like to brag about Mansfield Town! Indeed, you can have a little banter with other like-minded supporters.

Once you finish creating posts in the Soccer Blogs here at the Fanbase, why pop over to the biggest Football Forums on the internet. Indeed, we even incorporate the Mansfield Town Fans Forum in there.

So, now you understand the idea behind the Football Fan Base, go ahead and promote Mansfield Town. If you don’t other supporters will promote their team in a better light! 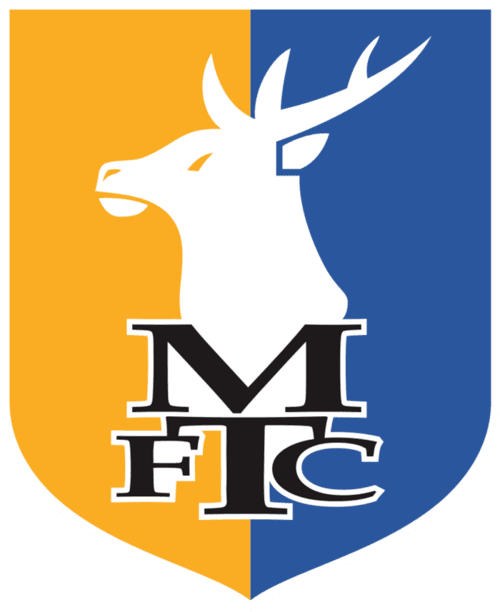