Indeed, this is the Macclesfield Town FC information page.

The Football Fan Base brings you the Macclesfield Town Football Club results service together with a fixture list above. However, should you wish to see the current league position for Macclesfield, click here.

Sadly, we must suspend the services for Macclesfield because, in late 2020, the club was wound up. As a result, they are no longer part of the English League System.

Local businessman Robert Smethurst has bought the assets shortly after the winding-up order. So, hopefully soon, we shall see a new dawn for the club.

To begin with, Macclesfield Town FC is a football team from the county of Cheshire, England. The club came into existence in 1874. Since 1891, their home ground has been the Moss Rose Stadium which has a capacity of over 6,000.

Before Moss Rose, three other grounds were in use by the club. Those grounds were Macclesfield Grammar School, Rostron’s Field, also Bowfield Lane (now called Victoria Road).

Macclesfield FC plays in a blue and white strip but other colours were in use before 1947.

Macclesfield Town has never played in the top leagues of English football but has won a few minor trophies. For example, the club has won the FA Trophy two times and the National League three times (up to 2018).

Due to their lack of historical success Macclesfield’s support base is poor in comparison to some football teams. Indeed, their location, close to Manchester and Liverpool, doesn’t help.

Nonetheless, their fans are just as passionate about their team as any other football club supporters are. Indeed, they have decent away support and have much praise from other clubs.

The derbies are something to look forward to, of course.

Because of the old silk mills that were prominent in the town, Macclesfield Town’s nickname is The Silkmen. Indeed, in the past, donations from leftover blue silk gave the club its distinct colours.

The Football Fan Base is the ideal way to promote Macclesfield Town, of course. This is because we have huge Soccer Blogs and a massive Football Forum in which to do this.

So, now that you have the platforms available, go ahead and promote Macclesfield Town. If you don’t, then other supporters will promote their teams and overshadow you.

As well as the massive Socer Blogs here at the Football Fan Base, we also have message boards. Indeed, in the message boards, we include the Macclesfield Town Fans Forum.

Go ahead and tell the world about the plight of Macclesfield Town FC because we all want to know. The Football Fan Base here is on your side, of course.

Finally, if you want us to update this Macclesfield Town Info Page, drop us a line. Once we verify your information, we can adjust things. 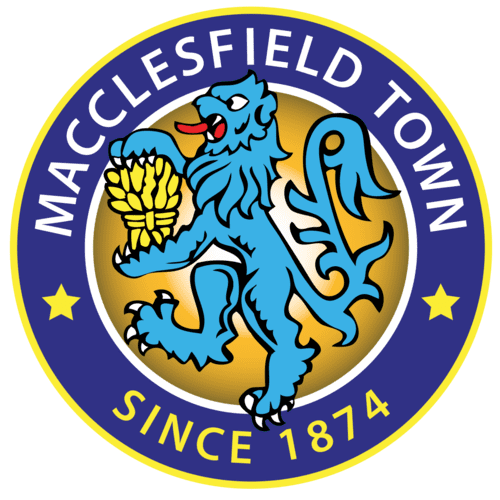 Indeed, this is the Macclesfield Town info page at Football Fan Base