The Lincoln City FC information page from Football Fan Base

The Football Fan Base brings you the Lincoln City Football Club results together with a fixture list above. However, should you wish to see the current league position for Lincoln City, click here.

Currently, Lincoln City plays football in English League One. The staff here at the Fanbase wish the team and supporters a lot of success.

To begin with, Lincoln City plays its home games in a red, white and black strip. This old football club came into existence in 1884 and still has that traditional feel about it.

Lincoln’s home ground has the famous name of Sincil Bank and they have played here since 1895. With a capacity of 10,120, the loyal fans create a wonderful atmosphere when in full flow.

Playing in the lower EFL leagues, however, means that a full stadium is very rare. But, the club does have a nice family feel about it at times. Also, the fans sometimes just refer to the stadium as “The Bank”.

Lincoln City has won the lower leagues in the past but other major honours largely escape the. However, they have a whole host of minor honours and cups to grace the trophy cabinet. Be that as it may, the core Lincoln City supporters will continue to support this famous old club in great numbers.

Lincoln City’s rivals due to their location are:

Indeed on the local front, Gainsborough Trinity and Boston United also offer some form of rivalry.

Other notable football rivals are:

Lincoln City’s nickname is The Imps and they have a club badge to show this as we see below.

Wouldn’t it be great if you, as a Lincon supporter, could promote the club? Well, now you can here at the Football Fan Base. We exist for all fans the world over to socially interact with each other. You can also have a little football banter with other like-minded supporters.

The promotion of Lincoln City here at the Fanbase is down to you, the football supporter. Therefore, go ahead and boast about it!

The massive Football Forum here at the Fan Base allows you to have your say. Not only that but we also incorporate the Lincoln City Fans Forum within it.

So, now you have no excuses, promote your favourite team at the Football Fan Base. If you don’t, other football fans will put theirs above yours! As you know, Lincoln City FC is the best football team in the world, right? So, boast about it in the Biggest Football Forum! 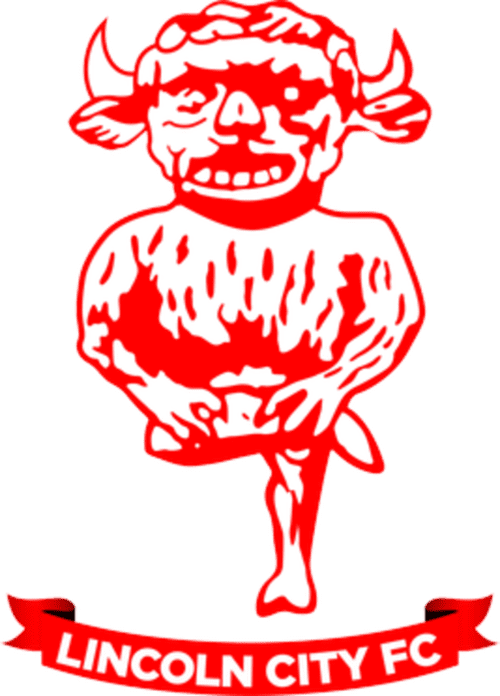