The Leyton Orient FC information page from Football Fan Base

The Football Fan Base brings you the Leyton Orient Football Club results together with a fixture list above. However, should you wish to see the current league position for Leyton Orient, click here.

Currently, Leyton Orient plays football in English League Two. The staff here at the Fanbase wish the club and supporters much success in the future.

After a recent spell in the National League, the club has managed to win promotion back to the English Football League (2019). We wish the club and its supporters all the luck in the world.

Hopefully, they can retain their place in the main leagues and not suffer any more relegations. It’s not nice playing in the minor leagues below.

To begin with, Leyton Orient FC is a football club from London, England. They came into existence in 1881 but then they had the name of Glyn Cricket Club!

However, in 1888, they became known as The Orient. It wasn’t until 1907 that the club joined the Football League after an election process. By then they had the name, Clapton Orient.

The club finally took on the name of Leyton Orient after World War II and this name still prevails today.

Leyton Orient plays at their Brisbane Road stadium which has a capacity of 9,271 (2019). This famous old club has a warm and friendly, family atmosphere.

The team plays in a red strip at home and usually a blue one on their travels but that can change.

The nickname for Leyton Orient are:

Orient has a rivalry with the following football teams:

Football Fan Base is the biggest and best place in which to promote your favourite team. You may promote Leyton Orient here too. Do this on our huge Soccer Blogs or our massive Football Forum.

On the blogs, you may reply to football news articles or even create your own. Also, if you would like us to update the Leyton Orient Information Page, send us some other info. Once verified, then we will begin the updating programme.

Besides the Soccer Blogs here, we also have the massive Football Forums, of course. The Football Fan Base allows for banter as long as it’s legal. So, what are you waiting for? Go ahead and promote your favourite football team.

Because of the demand, we have included on our message boards the Leyton Orient Fans Forum. Therefore, you can’t have an excuse for neglecting the best team in the world. Leyton Orient is just that, isn’t it? 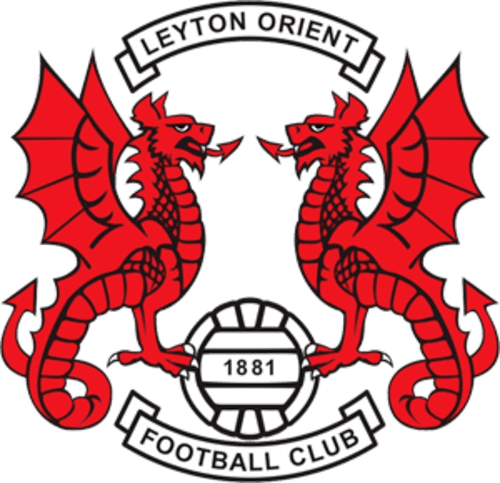