The Heart of Midlothian FC info page from Football Fan Base

Currently, Hearts play football in the Scottish Championship. Staff at the Fanbase here hope that the club does well and that the supporters taste success.

To begin with, most people refer to Heart of Midlothian simply as Hearts. The club is in the west of Edinburgh, of course, and they came into existence in 1874. Therefore, the club is one of the oldest in Scotland.

Hearts play their home games at Tynecastle Park and they have done since 1886. With a capacity of 21,000, the crowd make a cracking atmosphere when full up.

Up to 2017, Hearts have won the top Scottish league on four occasions and been runners-up 14 times. They have also won the Scottish Cup 8 times and the Scottish League Cup 4 times.

Indeed, the club has won many minor honours and been runners-up on many occasions too. They were also the fifth British football club to play in European competitions too. So, Hearts have a decent history and a pretty impressive trophy cabinet.

Hearts’ rivalry is with the other major Edinburgh football club, Hibernian (Hibs).

Of course, you want to see the promotion of Hearts. Well, the Football Fan Base is the ideal place to brag about your favourite team. Starting with the large Soccer Blogs, you can reply or create your own posts there.

Also, if you want us to add more information to this Heart of Midlothian Info Page, let us know. Once we confirm all the details, then we can add them to this page.

The Football Fan Base also includes the Heart of Midlothian Fans Forum in the message boards. Therefore, besides the massive footy blog here, we also have the biggest Football Forum on the web.

With this in mind, you are now able to enjoy the football banter with other like-minded supporters. So, what are you waiting for? Go ahead with the Heart of Midlothian promotion party here at the Football Fanbase. 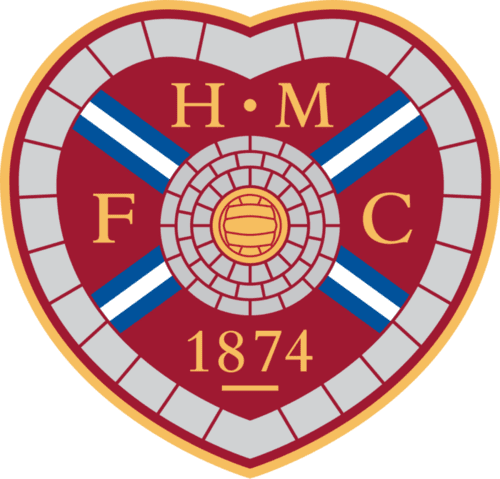