Currently, Forest Green Rovers FC plays football in English League One. The staff here at the Fanbase wishes the club and supporters much success in the future.

To begin with, Forest Green Rovers are based in Nailsworth, Gloucestershire, England. They play their home games in a strip that is lime green and black at their New Lawn Stadium. This stadium has a capacity of 5,141. However, there are plans for a new stadium with a top capacity of 10,000 should the club do well enough.

According to the plans, the new stadium is all about environmental friendliness. If successful the Eco Park may become the norm for other clubs. The only downside to the project is one of cost and whether it is justified.

Generally speaking, Forest Green Rovers have no major honours to talk about since their creation in 1889. However, minor honours are numerous. For example, the club has won the FA Vase in 1982 and the Hellenic League Title, also in 1982.

Indeed, gaining promotion to the English Football League (EFL) in 2017 is the club’s best fete to date. They got there via the play-offs in the Conference League.

Forest Green Rovers has a few football rivalries as follows:

The club’s nicknames are:

The Football Fan Base is here to allow you to promote your favourite team. So, if you support Forest Green Rovers and wish to promote your club, we have the perfect platform to do this.

Indeed, you may reply to or create your very own soccer blog posts. You can also send in information for us to include on the Forest Green Rovers Info Page here.

The Football Forum here at the Fanbase is here to allow supporters to socially interact while promoting their favourite team. Not only that but we include the Forest Green Rovers Fans Forum on the platform too.

So, there are no excuses, go ahead and brag about your football team. After all, Forest Green Rovers is the best team in the world, right? 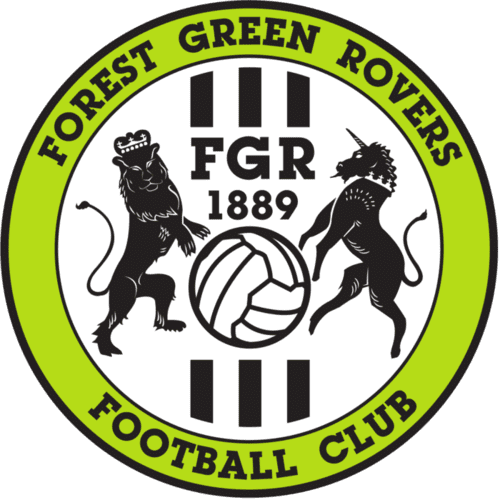