The Fleetwood Town FC information page at the Football Fan Base

The Football Fan Base brings you the Fleetwood Town Football Club results together with a fixture list above. However, should you wish to see the current league position for Fleetwood Town, click here.

Fleetwood Town currently Play football in English League One. The staff at the Fanbase hope that the club and supporters do well in future seasons.

To begin with, Fleetwood Town has been in existence since 1908. However, it wasn’t until the 2012/13 season that they came into the Football League.

Fleetwood Town plays their home games at Highbury Stadium which has a capacity of 5,327.

Fleetwood Town is indeed the newcomers on the block. So, we wish Fleetwood Town well as their supporters might be small in number but they have passionate hearts.

Fleetwood Town has no major honours to speak of. However, they did achieve promotion to the big leagues and have won many minor trophies. For example, they have won the Northern Premier League Challenge Cup twice.

The trophy cabinet is not that bad but we hope the supporters can enjoy a little success soon.

Fleetwood Town’s nickname is The Cod Army, obviously reflecting their location and traditions.

Since Fleetwood Town are pretty new to the English Football League, why not promote them here. Indeed, the Football Fan Base exists to do just that. This is because we are just as passionate about football as you are.

You can start promoting your favourite football team here on the blog, of course. For example, you can create your very own football news articles about Fleetwood. You can also send us the information and we will add it to the Fleetwood Town information page once we verify it all.

We are not one to brag too much, but the Football Fan Base has the best Football Forums on the internet. So, this is your invitation to join in and enjoy the banter with other like-minded football supporters.

After the expansion here at the Fanbase, we had to update our forum as well. Because of this, we are happy to announce that our message boards now include the Fleetwood Town Fans Forum.

Now you can join in with even more football banter while promoting your favourite team. So, go ahead and promote Fleetwood Town here at the Football Fanbase. If you don’t, then other people will promote their team above yours! 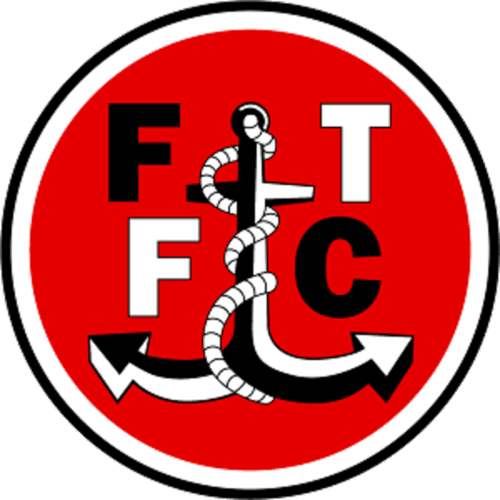