The Exeter City FC information page from Football Fan Base

The Football Fan Base brings you the Exeter City Football Club results together with a fixture list above. However, should you wish to see the current league position for Exeter City, click here.

Currently, Exeter City FC plays football in English League One. The staff here at the Fanbase wish the team and supporters every success in the future.

To begin with, Exeter City is a football club from the county of Devon, England. They play their home games in a red, white and black strip at St James Park. Moreover, they have played here since their creation in 1904 and the capacity of the ground is 8,541.

Considering Exeter City has never played in the top two tiers of English football their fans remain loyal. Also, their atmosphere is more of a friendly one than hostile.

Exeter’s nickname is The Grecians but nobody knows why. Indeed, this is open to speculation so have you any idea?

Exeter City did win the old Fourth Division, currently English League Two, but that’s their claim to fame. However, they have won many minor honours including the Football League Third Division South Cup.

Plymouth Argyle is indeed Exeter City’s main rivals. However, they do have a friendly rivalry with Torquay United. Collectively, these games have the name of the Devon Derbies.

The Football Fan Base allows like-minded supporters the chance to promote their favourite footy team. So, if you support Exeter City, then why not have your say and promote your team.

You can reply to posts or even create your own. You can also send us information to add to this Exeter City Info Page. Once we verify the information, we will make the changes.

Not only does the Football Fan Base have the largest Soccer Blogs, but we also have large message boards. Indeed, the biggest Football Forums around now include the Exeter City Fans Forum. Therefore, help us propel your team forward!

So, go ahead and promote your favourite football team today. If you don’t, then other supporters will and your team will look small. But Exeter City FC is the best team in the world, right? 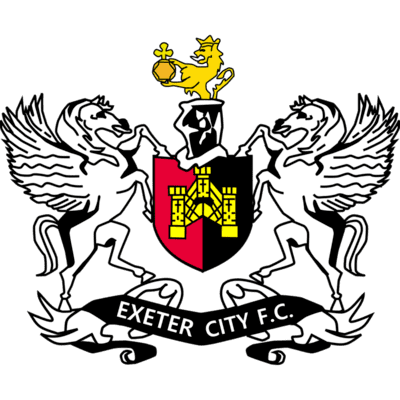