The Doncaster Rovers FC information page at Football Fan Base

The Football Fan Base brings you the Doncaster Rovers Football Club results service together with a fixture list above. However, should you wish to see the current league position for Doncaster Rovers, click here.

Doncaster Rovers currently plays football in English League One. The staff at the Fanbase hope that the club and supporters enjoy much success in the future.

To begin with, Doncaster Rovers came into existence in 1879. Since 2007, Doncaster has played their home games at the Keepmoat Stadium. Indeed, with a crowd capacity of 15,231, the supporters can create a brilliant atmosphere.

Before Keepmoat Stadium, Doncaster Rovers played their home games at Belle Vue. The team plays in a strip with red and white hoops.

Although most people use the nickname, “Donny”, they also use plain old “The Rovers”.

Although Doncaster Rovers have no major honours to speak of, the club has won the lower leagues. However, they have also won minor cups. For example, Doncaster won the Football League Trophy in 2007 and the Conference Cup in 1999 and 2000.

So, you think Doncaster Rovers is the best football team in the world? Well, how else would anyone know because they are too busy promoting their football team! Therefore, you need to get the message out there!

To begin with, you can start promoting Doncaster Rovers in the Football Fan Base blog here. For example, you can create your very own football news articles about your team. You can also send us more information to update the Doncaster Rover’s info page.

Ultimately, you can even create your own Doncaster Rovers supporters website here too!

If all else fails and time is limited, why not promote Donny on the biggest Football Forum on the interwebs. As long as you stay legal, you can have a little banter with other football supporters around the world.

Our Football Forum just got that much bigger. This is because we now include the Doncaster Fans Forum within our message boards. So, join in and have your say on the state of play at Doncaster.

The world wants to know about your favourite football team and now you have the platforms to do this. Go ahead and boast about Doncaster Rovers, but make it legal, please! 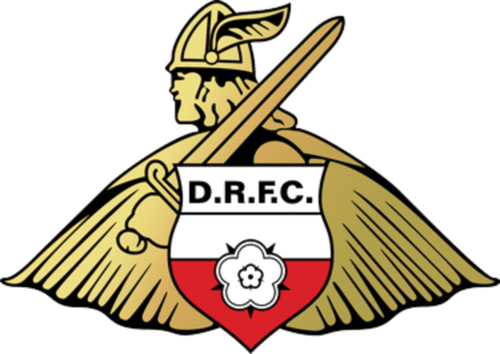