The Crawley Town FC information page from Football Fan Base

The Football Fan Base brings you the Crawley Town Football Club results service together with a fixture list above. However, should you wish to see the current league position for Crawley Town, click here.

Currently, Crawley Town plays football in English League Two. Indeed, the staff here at the Football Fan Base wishes the club and supporters every success in the future.

To begin with, the fairly large town of Crawley is in West Sussex, England. The town is 28 miles south of London so has many other football teams close by.

In brief, the club came into existence in 1896 but have never reached any dizzy heights in this time. Obviously, for most of their time, they have played in the leagues below the main English league system. But winning the Conference got them into the fourth tier, so that’s a start.

The club’s nicknames are

The Football Fan Base is here for people like you to promote your favourite footy team, of course. Indeed, our socially interactive platforms allow for much Football banter between supporters.

If you support Crawley Town and want to publicise your team, you can do that here at the Fanbase. For example, you can talk about your team in the Football Blogs. Also, if you wish to add information to this Crawley Town Info page, drop us a line.

Not only does the Football Fan Base have extensive Soccer Blogs, but we also have message boards. Our big Football Forum is a place where you can chill out with other like-minded footy supporters. You can also promote Crawley Town FC there.

We have included the Crawley Town Fans Forum on our platform because we care passionately about football, just like you. So, pop over and promote your team the way you want! If you don’t, then rival supporters will promote their favourite team above yours! 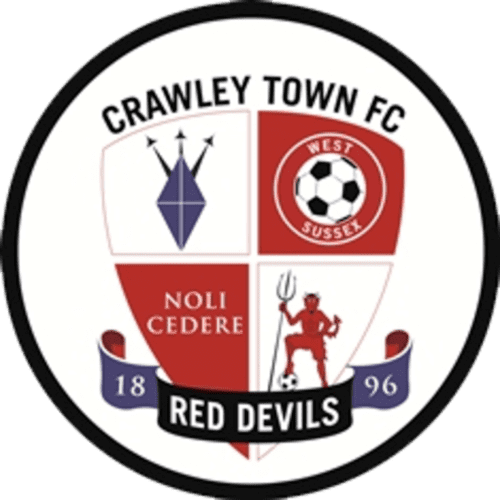