The Coventry City FC information page from Football Fan Base

The Football Fan Base brings you the Coventry City Football Club results together with a fixture list above. However, should you wish to see the current league position for Coventry City, click here.

At this time, Coventry City plays football in the English Championship. The staff at the Football Fan Base wishes Coventry supporters well and hope they get a successful team in the future.

To begin with, Coventry City F.C. is typical of how a football team can fall from grace. Indeed, Coventry were regulars in the top leagues but once they fell, they fell! Of course, the club came into existence in 1883 and played at Highfield Road until 2006.

Some fans thought the atmosphere went bad after they made Highfield Road an all-seater stadium in 1981. However, when they moved to the new Ricoh Arena things improved a little. But by then, the rot had started. Indeed, most football supporters wish Coventry can get back on track with all the difficulties they have gone through.

Although with all of Coventry’s history, they have not won the top tier in the English leagues system. However, they have won the second and third-tier (Championship and League One currently). But, Coventry did win the FA Cup in 1987 and the Football League Trophy in 2017.

Coventry has a full trophy cabinet but these honours are mainly minor. However, good times may only be around the corner, let’s hope so! This is because the core supporters are as fanatical as any other sets of fans.

Coventry is in the West Midlands so they have some massive football clubs close by:

Because of the position the club is in, Notts County is current rivals and they are some 46 miles away!

Obviously, with the nickname of Coventry being The Sky Blues, then that is their home colours.

The Football Fan Base allows supporters to publicise their favourite footy teams. Therefore, why not give Coventry City a bigger say here.

Firstly, you can comment on the blog posts or even create your own.

Secondly, you can help Fanbase to improve on the Coventry City Information Page here by sending us further information. Once we verify the info, we shall update the page for you.

Without a doubt, some people prefer forums to blogs. With this in mind, the Football Fan Base has the biggest and best message boards around. Indeed, ours includes the Coventry City Fans Forum. So, what are you waiting for? Go ahead and promote the best team in the world right here. 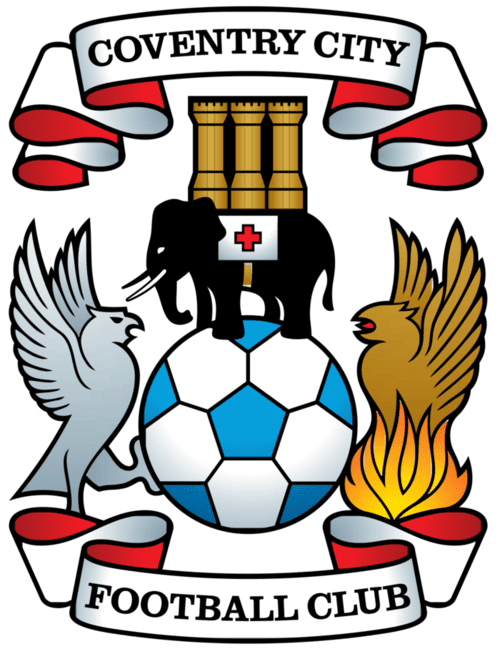