The Chesterfield FC information page from Football Fan Base

Unfortunately for Chesterfield supporters, the club fell out of the English Football League at the end of the 2017/18 season. Therefore, we can’t provide a results service for the club here. However, if you support Chesterfield why not use the Football Forums to update us on all the news, results and fixtures etc.

Indeed, you may provide as much information about your football team as possible. So, promote your team on the footy message boards today and good luck for the future. We hope your team can make it back to where it belongs!

To begin with, Chesterfield F.C. is based in the county of Derbyshire. Indeed, they came into existence in 1867. So, this club has one of the longest histories around in footballing terms. They play at their new Proact Stadium which has a large capacity of 10,500.

However, until 2010, they played at the old Saltergate, officially the Recreation Ground. Before they moved, this ground was one of the oldest in England. Be that as it may, the core supporters are as loyal as ever. Indeed, the move was welcome, even though tears fell.

With very few big honours to speak off, Chesterfield did win a few of the minor cups. For example, they won the Anglo-Scottish Cup in 1981. They also won the Football League Trophy in 2012. Indeed, they won the Derbyshire Senior Cup 6 times too. So, the trophy cabinet has a few scalps.

Due to Chesterfield’s geographical location, there are many local derbies and rivals:

The nickname that Chesterfield supporters use is The Spireites after their world-famous crooked spire, of course.

The Football Fan Base is on your side! Therefore, let the Chesterfield promotion party start here.

Firstly, you can promote your favourite football team in our massive Soccer Blogs. Secondly, you can make your very own football news articles. Thirdly, you can send us some further information about your club and we will adjust this info page accordingly.

Now that you understand all about the Football Fan Base, go ahead and let us know about the greatest team on earth. The biggest Football Forum and Blogs are waiting for you. 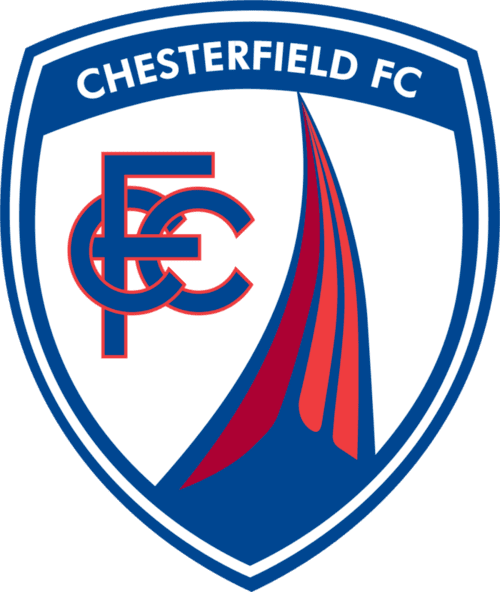