Results And Fixtures For Chelsea FC

Firstly, at the Football Fan Base, we show the current results and fixtures for Chelsea FC. However, should you wish to see the current league position for Chelsea, click here.

Currently, Chelsea plays football in the English Premier League. The staff at the Fanbase hope the club and supporters have loads of future success.

Chelsea supporters can use the Football Fan Base to boast about their team should they wish. However, please feel free to knock the team where necessary!

Chelsea still plays their home games at Stamford Bridge and have done since their formation. Indeed, Chelsea has a relatively small capacity of 41,631 in comparison to other big football clubs in the UK.

A move to a much bigger stadium is on the cards. After all, Tottenham Hotspur and West Ham have done the same. So, it makes sense for Chelsea to compete on that score.

In footballing terms, Chelsea is the relative new boys to English football. While many other teams were coming into existence in the latter part of the 1800s, Chelsea played a waiting game. Chelsea had to wait until 1905 for their formation.

Chelsea is fashionable both within and outside of London and has a waiting list for their home ground. This is despite the high admittance fee, but this doesn’t deter the passionate fans.

The terrific atmosphere at Chelsea is breathtaking, so hopefully, this will migrate with them to their new stadium.

Of course, Chelsea’s nickname is The Blues and they have a home strip to match. However, they also have another nickname of The Pensioners. This is a reference to the Chelsea Pensioners, of course.

In London, some smaller clubs like to consider themselves as rivals including:

Indeed everyone likes to beat the big boys!

From several heated matches many years ago, Leeds United are also a team that the supporters love to win.

Chelsea has won so many honours and cups. In short, their stature means that they still are winning honours and this will continue. However, they are where they are because of the money that is in the club, and money talks!

Their honours include winning the top flight in English football 6 times. They have also won the FA Cup 8 times (both up to 2017). Not only that, but they have won many European honours and cups too. Indeed, you can’t deny their pedigree.

The trophy cabinet at Chelsea is full to the brim. Imagine the amount of Brasso necessary to clean all that silverware!

It’s not as if Chelsea need promoting, so why not just brag about your team instead. However, if you want to moan about the club, do that also.

In effect, you can use the Football Fan Base to promote Chelsea as you wish. We have the Soccer Blogs here and the massive Football Forum to do this.

However, should you wish to make a Chelsea website of your own, you can do that here too. We provide everything you need to make a football website. So, join in with us and promote Chelsea FC.

The Football Fan Base is the largest of its type anywhere and we have a massive Footy Forum to match. Not only that, but we also include the Chelsea Fans Forum in there. Our message boards are second to none, so join in today and have your say.

Our Football Forum is a place where you can chill out and enjoy the banter with other like-minded people. So, join in today or let your rivals promote themselves above you! 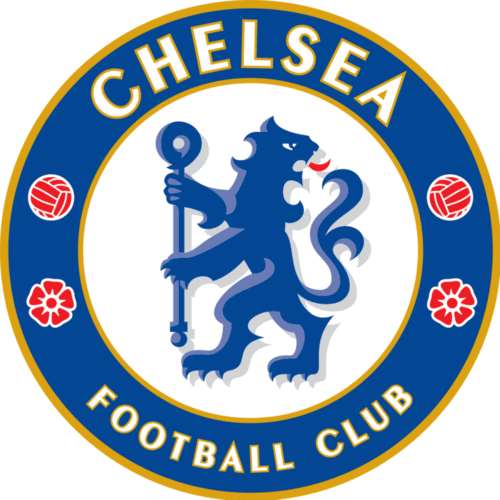