The Carlisle United FC information page from Football Fan Base

The Football Fan Base brings you the Carlisle United Football Club results service together with a fixture list above. However, should you wish to see the current league position for Carlisle United, click here.

To begin with, Carlisle Utd is a football club in the county of Cumbria, England. Indeed, they play at Brunton Park which they have done since 1909. The capacity is 18,200 which is massive considering the club’s position over the years.

Of course, travelling football fans will know that the Carlisle supporters are some of the best around. They create a great atmosphere in this traditional football ground. Carlisle United play in a blue and white strip while at home in Brunton Park.

Together with a host of minor cups and other honours, Carlisle’s trophy cabinet is decent enough considering their position.

Nicknames for Carlisle Utd include:

The Carlisle promotion party is underway here at the Football Fan Base. This is because we have the perfect platform on which to promote your favourite football team. Carlisle United is the best football team in the world, isn’t it?

Use the Football Fan Base Blog to reply to posts or you can create your own. Also, if you want us to improve the information on this Carlisle info page, let us know.

The Football Fan Base also incorporates the Carlisle Fans Forum in our main message boards. So, what are you waiting for? Go ahead and promote Carlisle United all over the Fanbase, as long as you post legal content, all is fine!

The biggest Football Forum on the internet is here at the Fanbase. Therefore, show the world who you support before other supporters make their teams look better than yours! 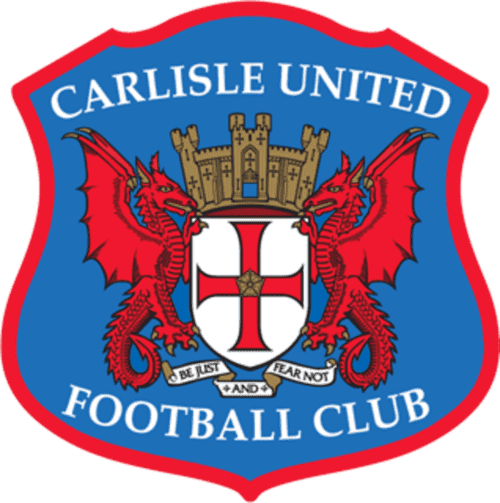