The Ayr United FC Information page at the Football Fan Base

On this page, we show the results and fixtures for Ayr United. However, if you want to see the league position for the Club, click here.

Currently, Ayr United plays football in the Scottish Championship. The Fanbase staff here are wishing the team and supporters all the luck in the world, of course.

The team has never had a settled traditional colour scheme for their strips. This could be because of their history and the merger. As a result, their colours seem to change often

Ayr’s nickname is The Honest Men, this comes from a line in the Robert Burns poem “Tam o’ Shanter”.

Regionally, the club has won the Ayrshire Cup on 26 occasions (up to 2020). As well as other minor cups, the trophy cabinet is not exactly bare. However, the club honours are mainly minor achievements.

The Football Fan Base allows you to promote your favourite team because we are passionate about the beautiful game. Here’s your chance to promote Ayr United above other football teams.

Start writing blog posts or reply to those already on site. Also, if you would like us to update this Ayr Info Page, let us know some more facts and figures. Once we can verify them, we will update the page.

While we have the super Soccer Blogs here at the Fanbase, we also have massive message boards. Our Football Forum is the biggest on the World Wide Web. Indeed, we now include the Ayr United Fans Forum on the platform.

So, now you understand what you can do on the Football Fan Base, start writing. Enjoy the football banter and start promoting your favourite club. 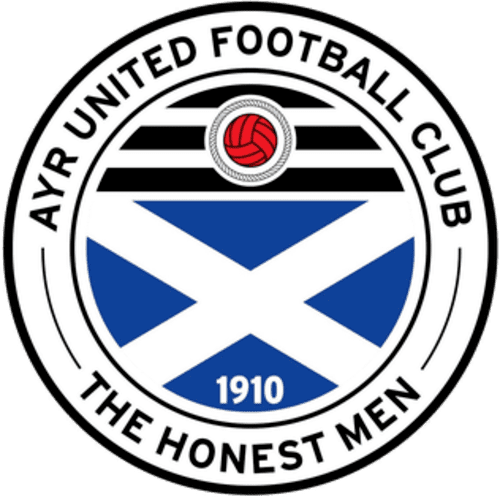