The Accrington Stanley FC info page from Football Fan Base

Currently, Accrington Stanley plays in English League One. The staff here at the Fanbase hope the club and supporters have much success.

In 2006, Accrington Stanley won promotion to the Football League after winning the Conference League.

Accrington Stanley plays their home games at the Crown Ground or Wham Stadium. The capacity of the stadium is around 5,000. The atmosphere can be dynamic at times from the loyal core fans.

The team plays their home games in a red strip, of course.

Although the main honour was winning the Conference League, the club has won a host of minor honours. Their trophy cabinet looks pretty decent considering their young age.

All in all, rivals of Accrington Stanley are:

The club has two nicknames:

The Football Fan Base exists to allow all supporters to promote their favourite team. You can use our Football Blogs to promote your team. For example, you can reply to the posts already online or create your own.

If you want us to add further information to this Accrington Stanley Info Page, drop us a line. Once we clarify your information, we will update this post.

Not only do we have the Footy Blogs here, but we also have the massive Football Forum. Indeed, we now include the Accrington Stanley Fans Forum in which to brag about your team.

Now that you understand what the Football Fan Base is all about, go ahead and promote Accrington Stanley. If you don’t, other football supporters will project themselves above you. Of course, Accrington Stanley is the best team on earth, right? 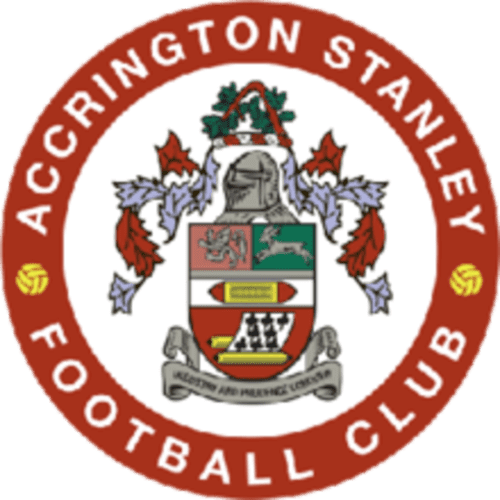